Our Wounded Souls: What Ever Happened to Baby Jane? (Robert Aldrich, 1962) 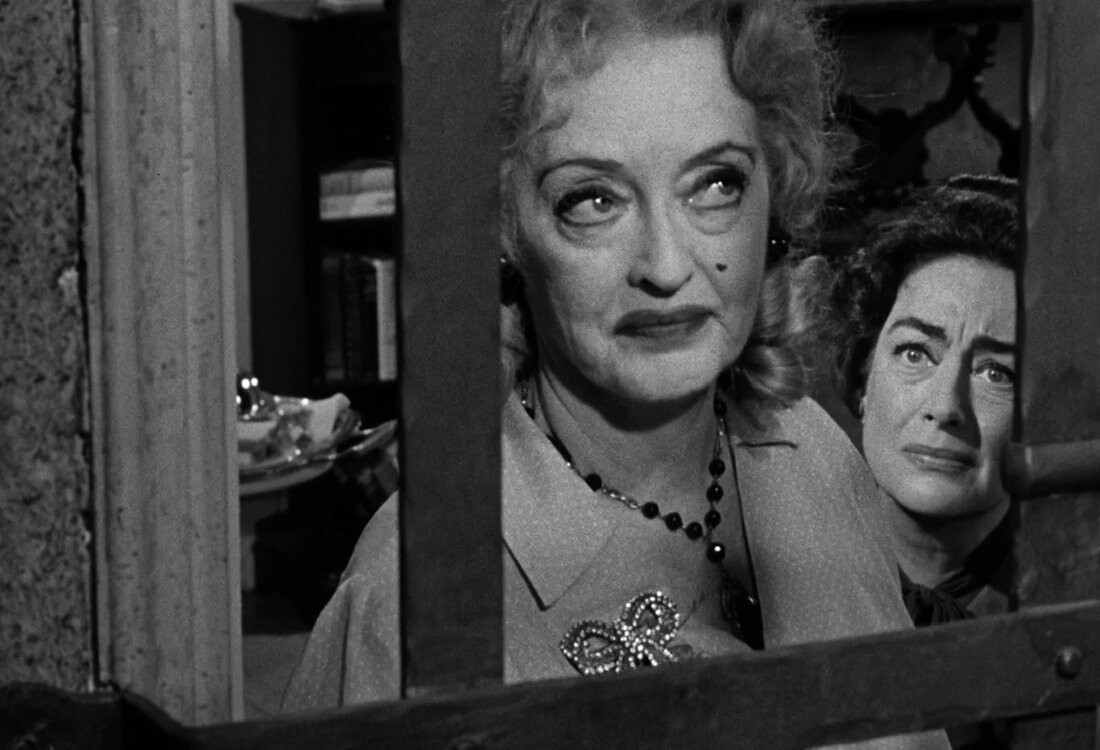 So much about this movie is tricksy: the plot is tricky, so are the performances, of course, and so is the cinematography, the set, the music, and everything else. And no, if one takes time to think about the script, it does not make a great deal of sense. It's the stuff of pulp fiction, indeed the source was pure pulp fiction: it was famously made by three people at the lowest points in their careers so far, trying to make an impact, and some dough, under very adverse conditions. 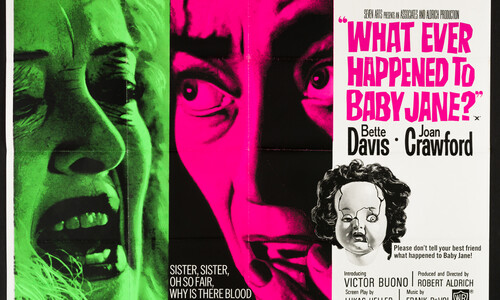 What Ever Happened to Baby Jane? is one of those films one tends to take for granted or even look down on ("the best thing is the central performance"). That is until one really sits down and watches it again, mesmerized, absorbed, throughly moved. It really takes going back to it, leaving behind the mugging and the sharp angles, the bannisters and the make up to realise the film is also very clever. The Ryan Murphy-produced miniseries Feud has digged into some of the depths this apparently camp film has: it does portray two wounded souls, and wounded souls can strike a chord inside us.

The mise en scene is not complex or poetic, true, but it keeps the story and the atmosphere right on track. So many shots create tension out of opposition between two elements (often two characters), and that geometric tension is so palpable that it echoes the main oppositions of the plot. And there is no denying Davis' face tells stories masterfully: she can go from pain to regret to nastiness in seconds, and it always feels true. And the more one thinks about it, the more psychologically acute the film becomes. Cheap music can be potent. Pulp fiction can be penetrating. 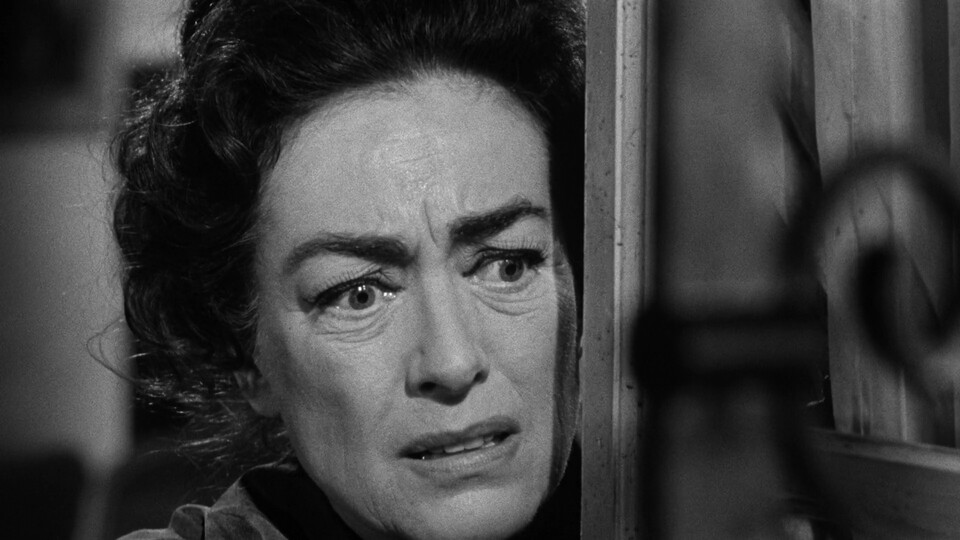 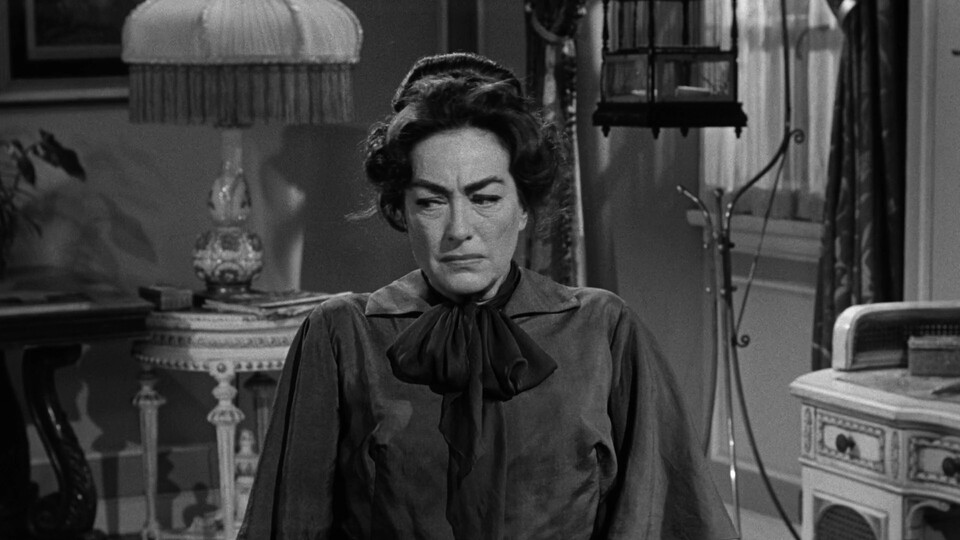 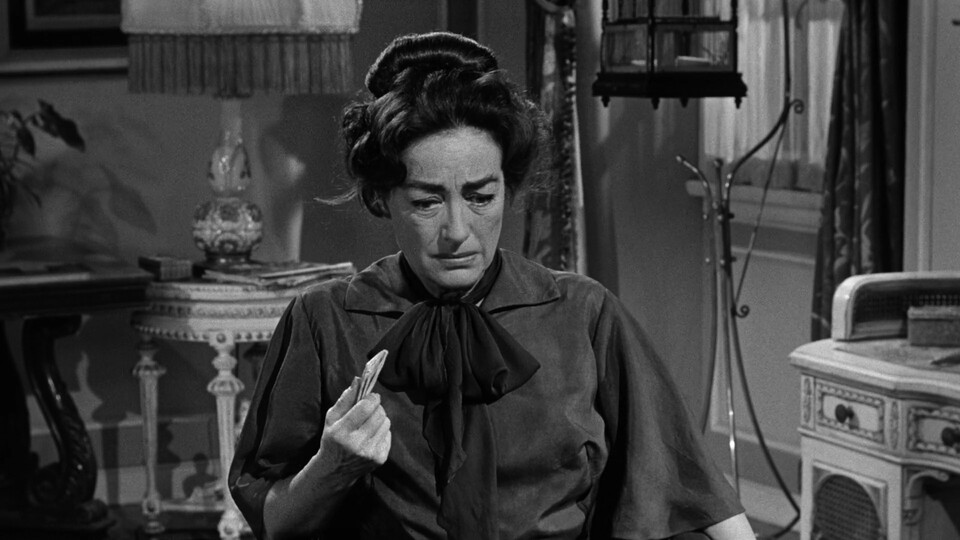 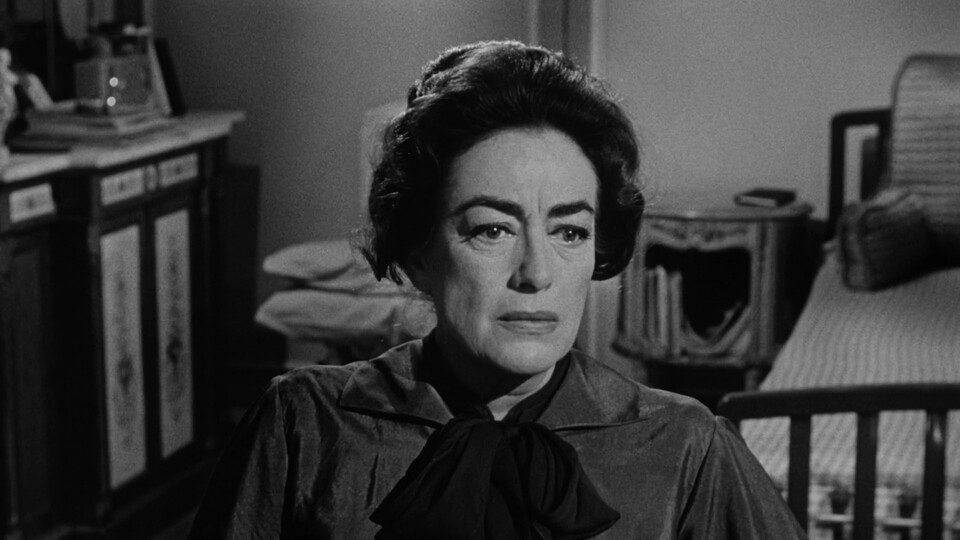 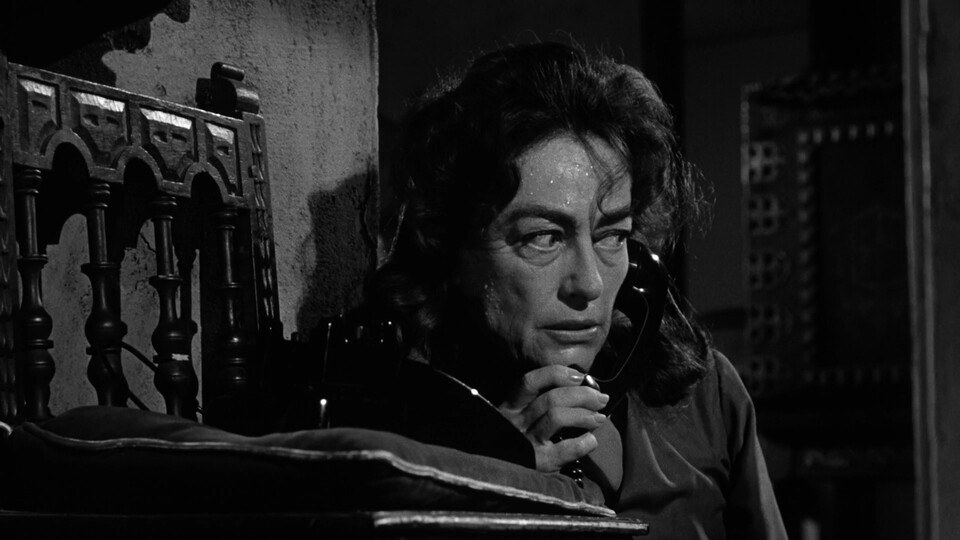 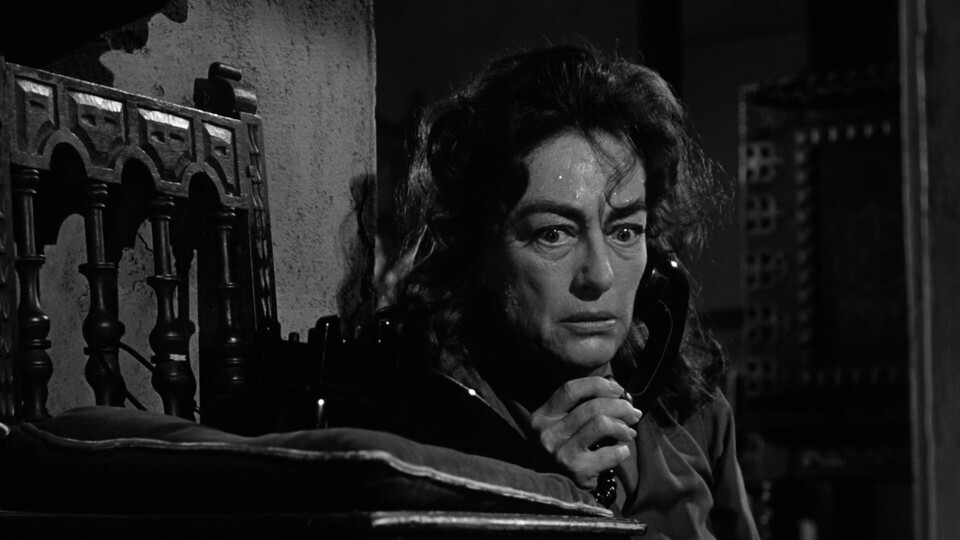 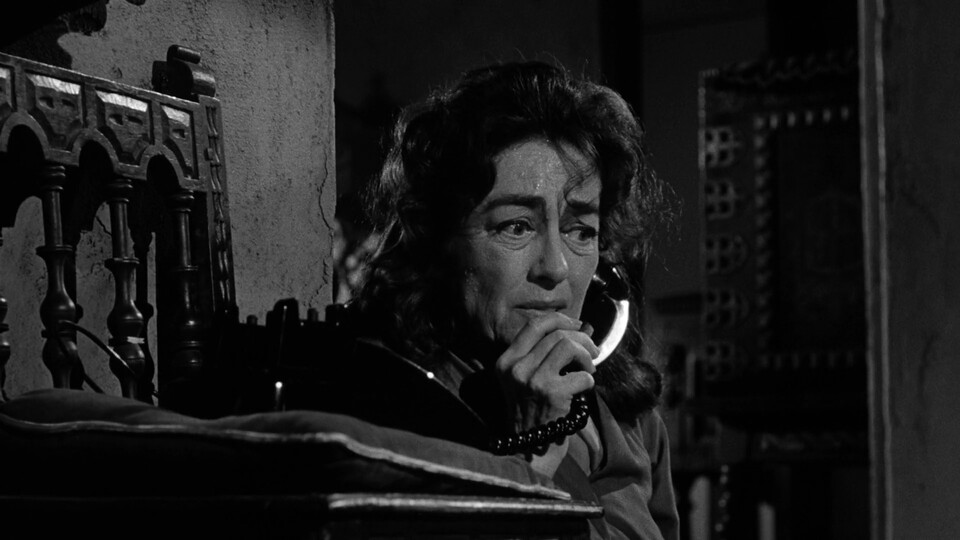 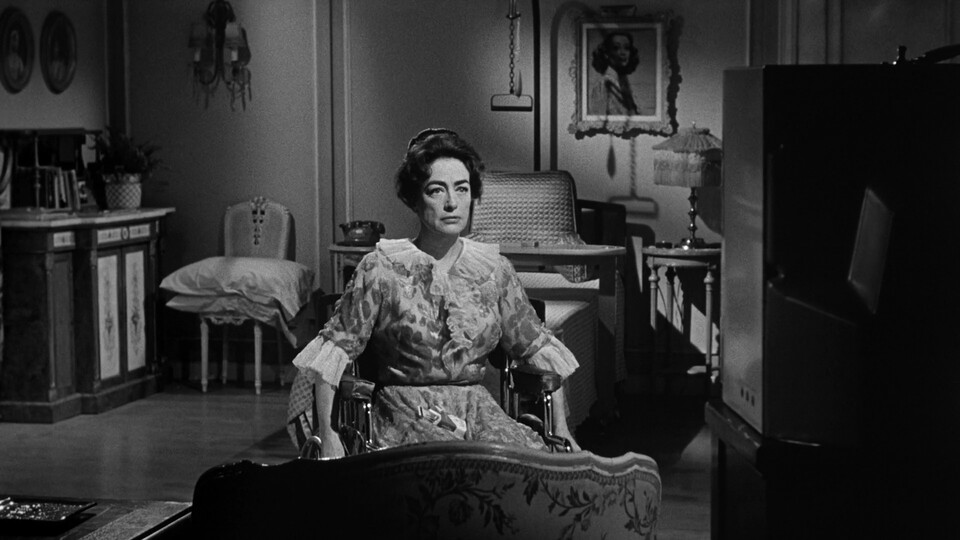 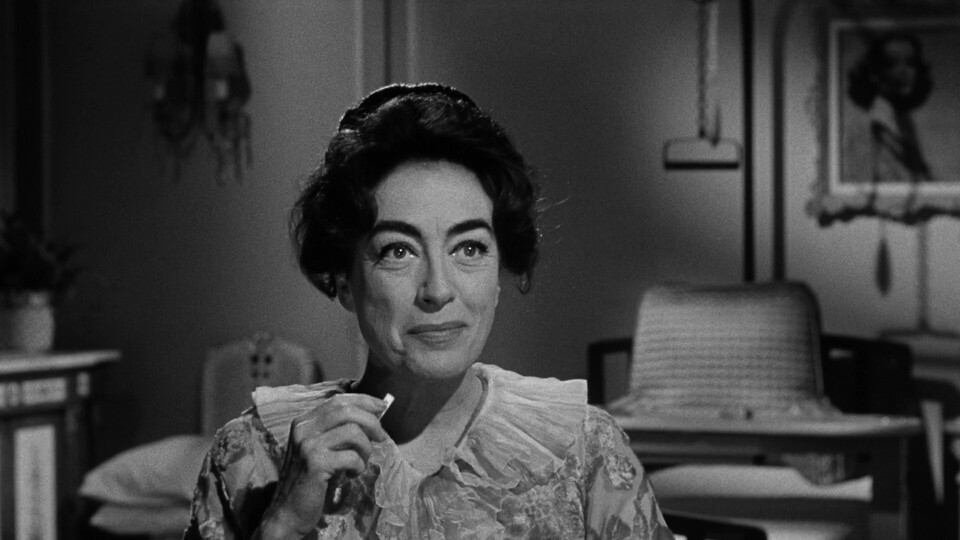 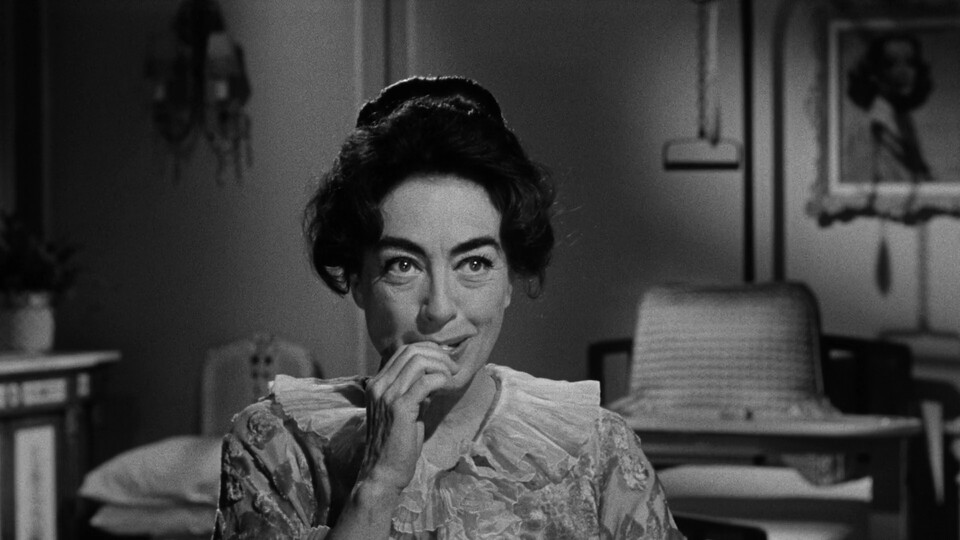 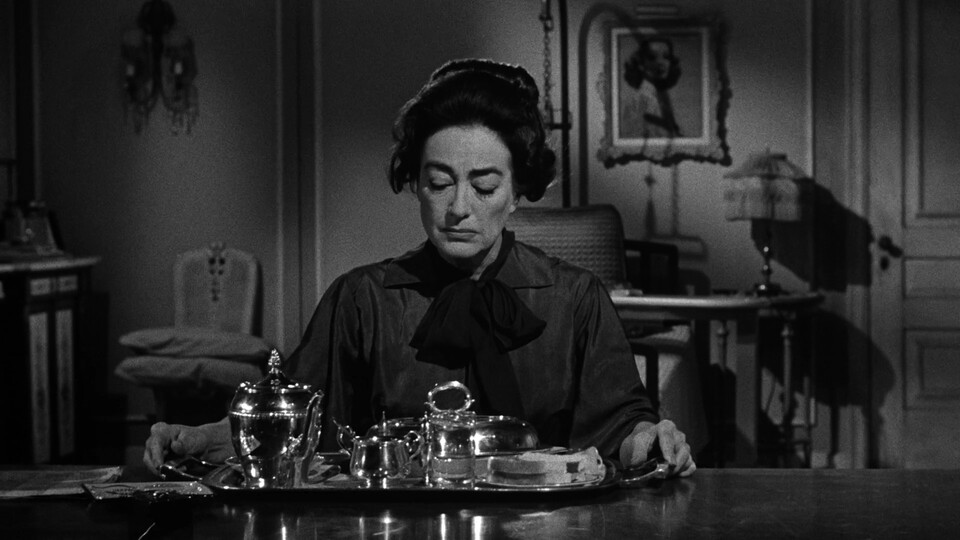 Baby Jane is about daddy love vs mommy love, and it dares to look at its characters in their pained faces. These people will never survive the way their childhoods, the way parents used them, ignored them, yelled at them. Their pain is inherited. And in a way so is ours. And there is guilt and the different ways we deal with it. And there is remorse and how it can make you powerless. This makes the film, not just wonderful camp or enjoyable trash: it is rigorous, almost art.

Yes, there is onscreen cruelty and violence in Baby Jane, and one should not ignore the fact that we are suckers for a bit of sadism, particularly when women are nasty to each other. But maybe the cruelest thing in this bitter film is in its circumstances: having Crawford in the last significant role of her career, craving success so much, and ending up with a broken dream and being literally devoured by his co-star.

Or the cruelty of Davis making a devil's pact and delivering the performance that would imprison her image for twenty years, her art becoming a gargoyle's mugging, her intelligence becoming a grin. Or the cruelty of using the grotesque to acknowledge old Hollywood is not only dead, but it always lied to us. Or the harsh truth that you can be the best artists in the world and still find yourselves at the end of the line, forgotten, laughed at, dismissed, and obsolete.

There is an important lesson there and going back to the sad tale of Baby Jane can be a way to embrace it. 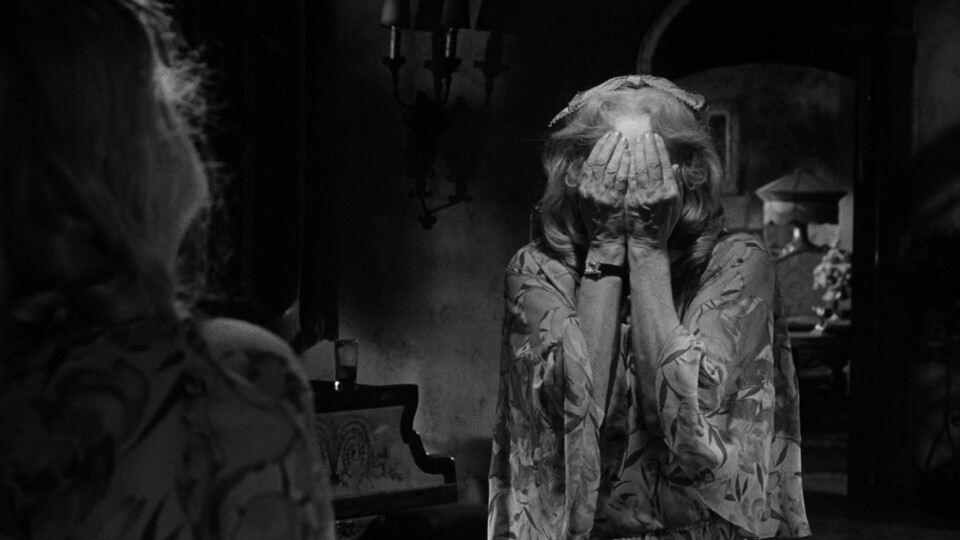 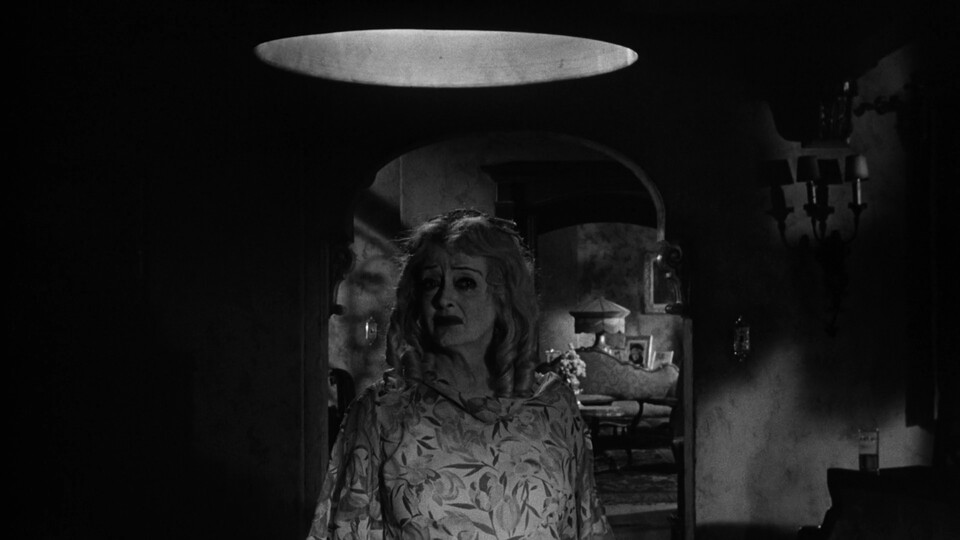 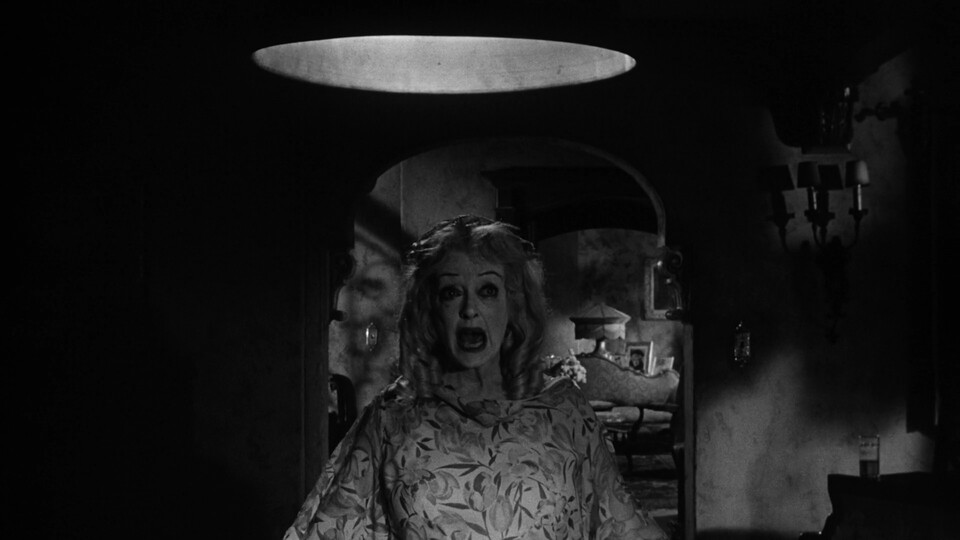 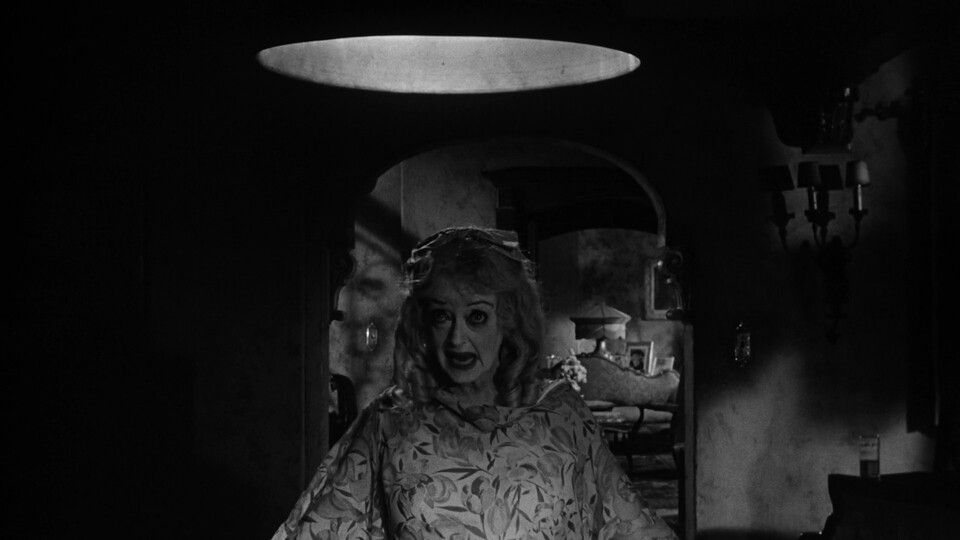 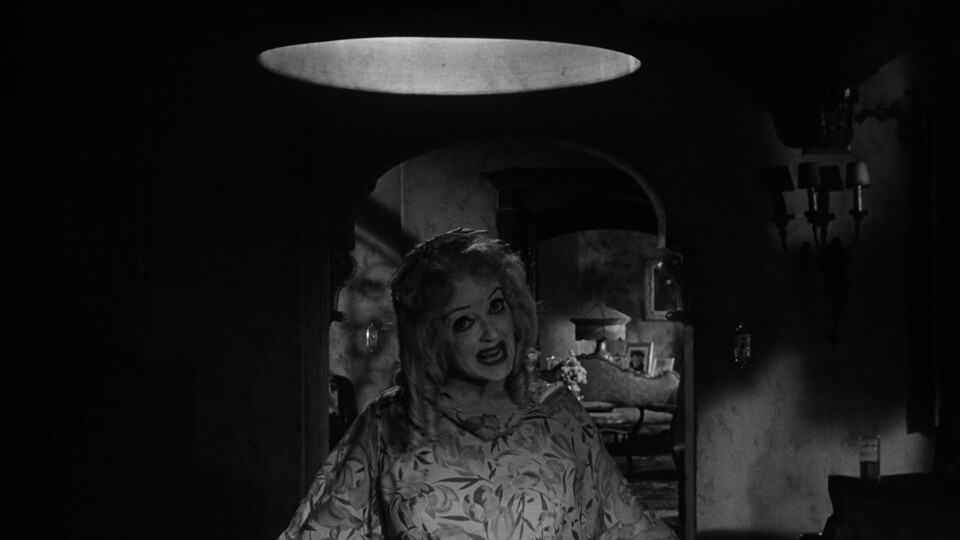 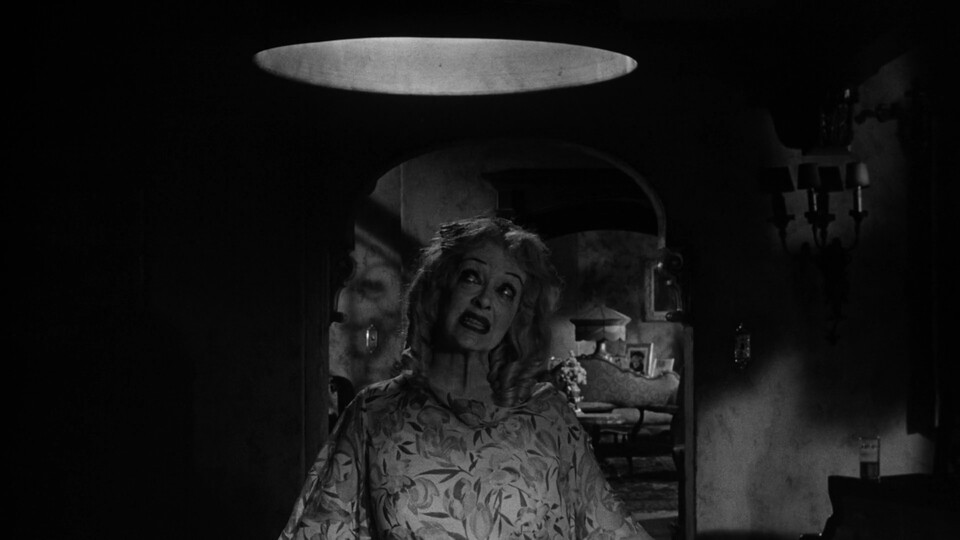 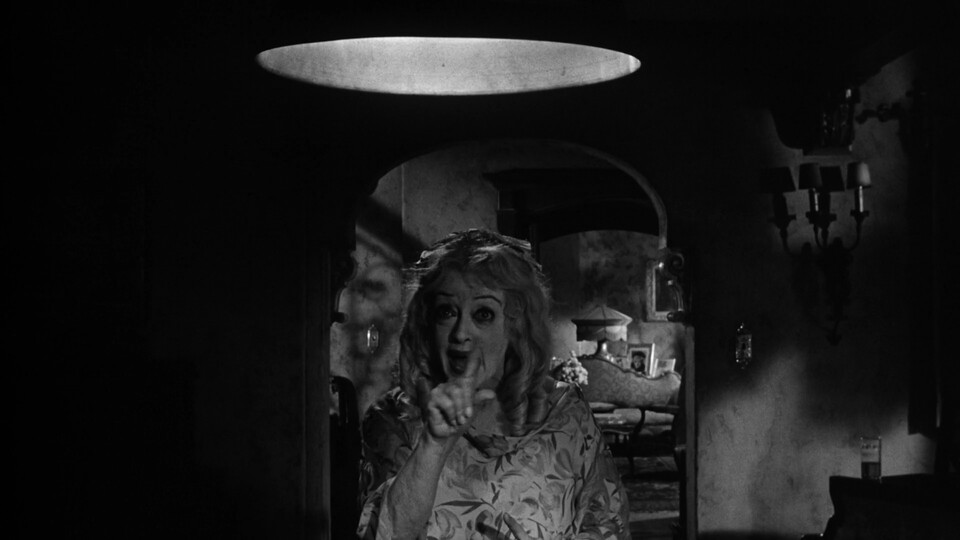 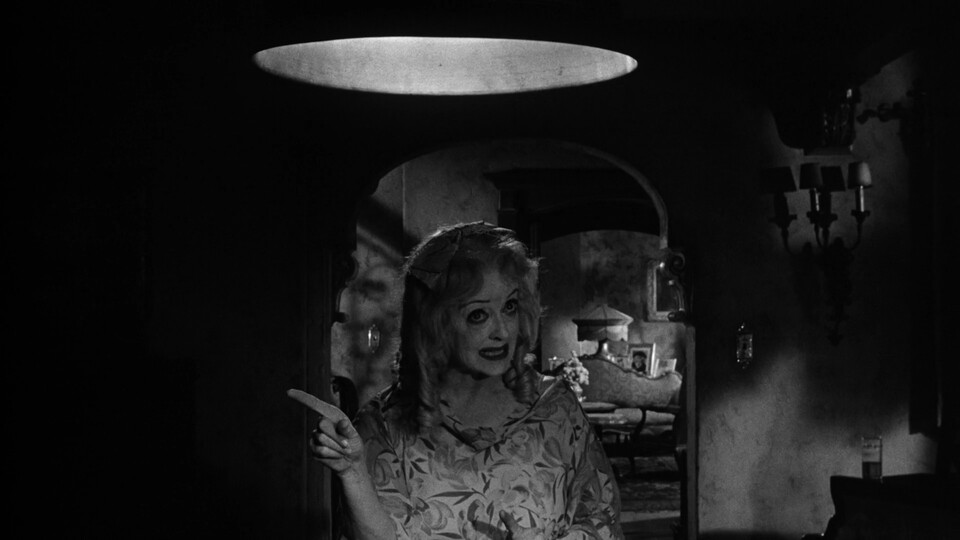 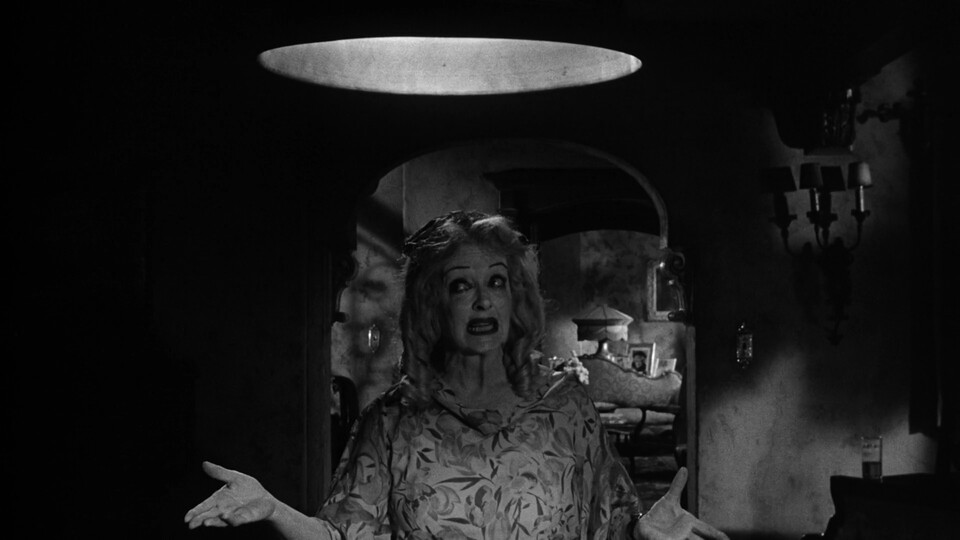 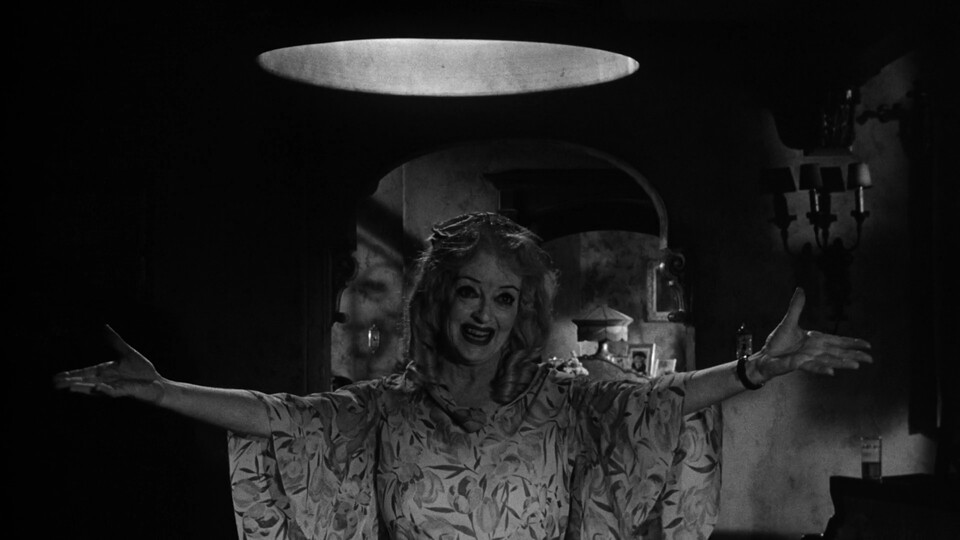 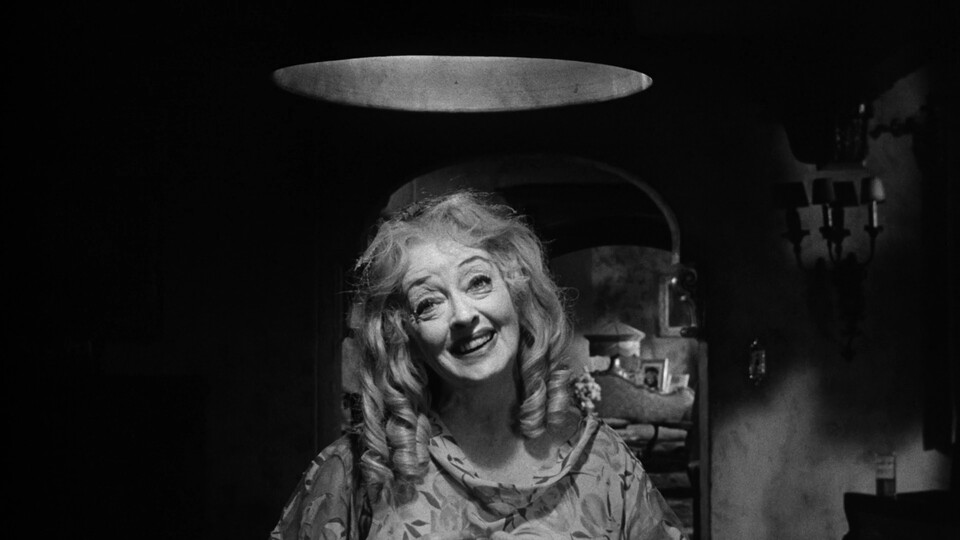 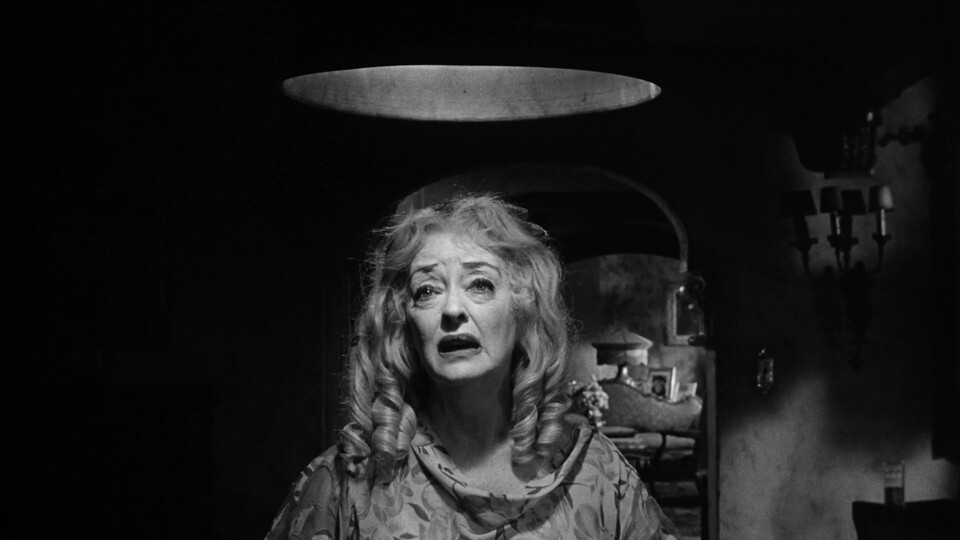