In 1960, the Broadway musical Bye Bye Birdie was intended as a patronizing joke on the Elvis craze. During the montage in the credits of the 1963 film version, a shot of Frank Sinatra was edited next to a shot of thrusting hips. Sinatra frowned disapprovingly. Now we can look at Bye Bye Birdie as a document of how wrong people can be in reading the present. The joke was definitely on them.

It's all about context. In 1955, rock starts making itself heard on radio and the film Blackboard Jungle, about kids, starts with the tune "Rock Around the Clock". This is also the year of Nicholas Ray's Rebel Without a Cause, which really identified a new social type: the troubled teenager. Not that they had not existed before, they just weren't anybody's concern. Now people started to get worried about the generation gap. Still, so far so good: Sinatra was God, and Nat King Cole, and Peggy Lee. Every household had the Original Broadway Cast of My Fair Lady. And, who knows, rock and rock might just be a passing fad or, god forbid, coexist with other music styles. Rock had its own circuits, its own professionals, moods, and dynamics. One can imagine the earthshaking effect of news in 1957 when he was drafted and teenagers felt his career might be over. This was the origin of Bye Bye Birdie.

The screaming girls at the start of the Bye Bye Birdie movie were caricatures of easy targets. But remember, in 1958, most of the rock revolution was in the future and Broadway tunes were still the quality music of choice. So Broadway folk wrote Bye Bye Birdie. They were trying to be topical ("Kids!") and not really scared. The tone of the show is jokey: teenagers are cute, odd, yes, but cute. The show likes teenagers. And rockers were ridiculous (they failed to understand that was the whole point). But the protagonists were an adult couple and this was all a way to get them together. On Broadway, it starred Dick Van Dyke, Chita Rivera, Susan Watson and Kay Medford. Rivera was riding high after her success as Anita in West Side Story and she was the real star of the show. She had a legendary dance number, The Shriner Ballet, her character propelled the show and she had the wonderful eleven O'clock (ish) solo: "Spanish Rose".

On Broadway, Bye Bye Birdie may have looked quaintly topical, a kind of Rebel without a Cause without the danger. It represented what was best about the Broadway Golden Age. The tunes were catchy and alert to current musical styles: some were fake doo-wop ("The Telephone Hour"), and then there was the fake rock ("Honestly Sincere"), Latin songs ("Spanish Rose"), peppy songs ("Put On a Happy Face"), ballads ("One Boy") an old fashioned twenties tune for the parents ("Kids!") and standard musical comedy ("Rosie"). The libretto was slight, better than most, not too innovative: an English teacher has stooped to write hits to a hip-swiveling nitwit of a singer called Conrad Birdie, and when he is drafted, his fiancée concocts a plan to get him to sing his new song, "One Last Kiss" on Ed Sullivan's show at the end of which he will kiss a typical teenager representing all teenagers.

After some complications (the rocker won't sing, the Sullivan show almost does not happen, the girl's boyfriend gets jealous and the guy's mother meddles: these were the years of momism following Gypsy and Musical Theatre was starting to be identified as, shock horror, gay) all ends well: boy marries girl, he leaves the silly world of rock and roll and becomes that beacon of stalwart reliability, an English teacher. The film version still sounds cocky about the rise of rock and roll. So much about it was old guard Hollywood. It was directed by George Sidney, who had worked with Gene Kelly at the Arthur Freed Unit and would also make films with Elvis. And kept some elements of the original. 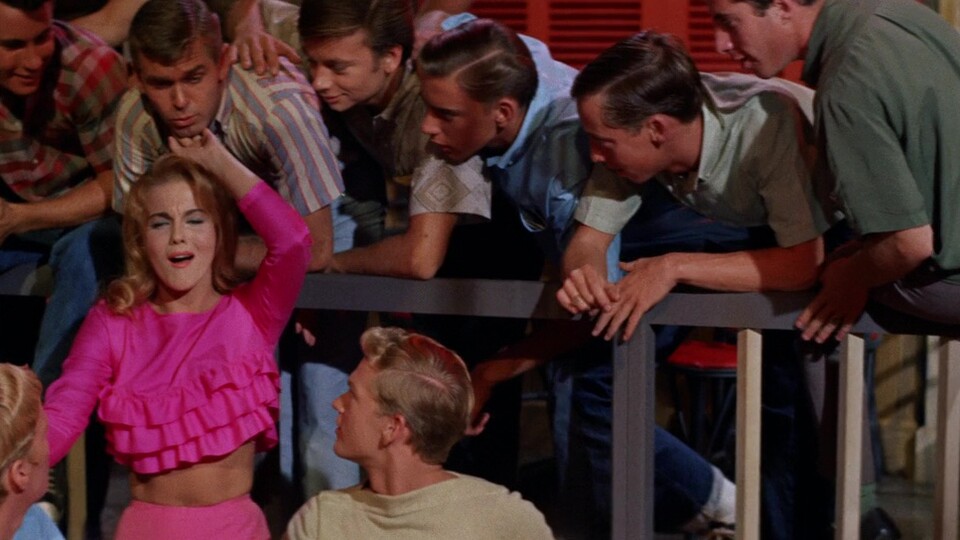 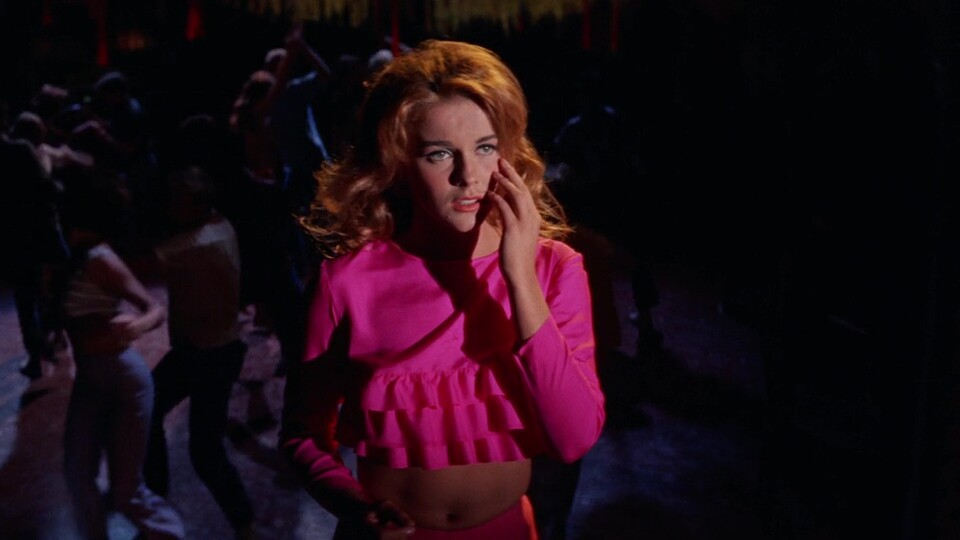 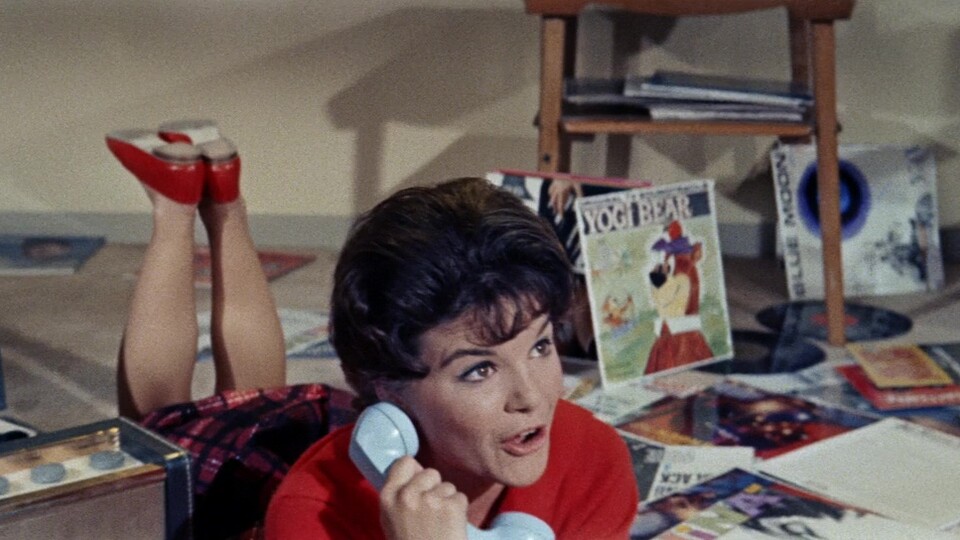 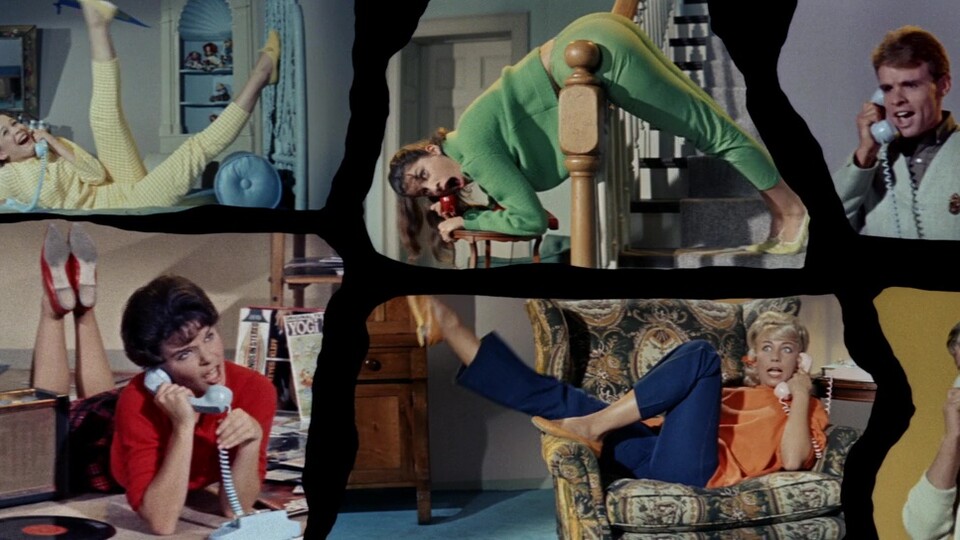 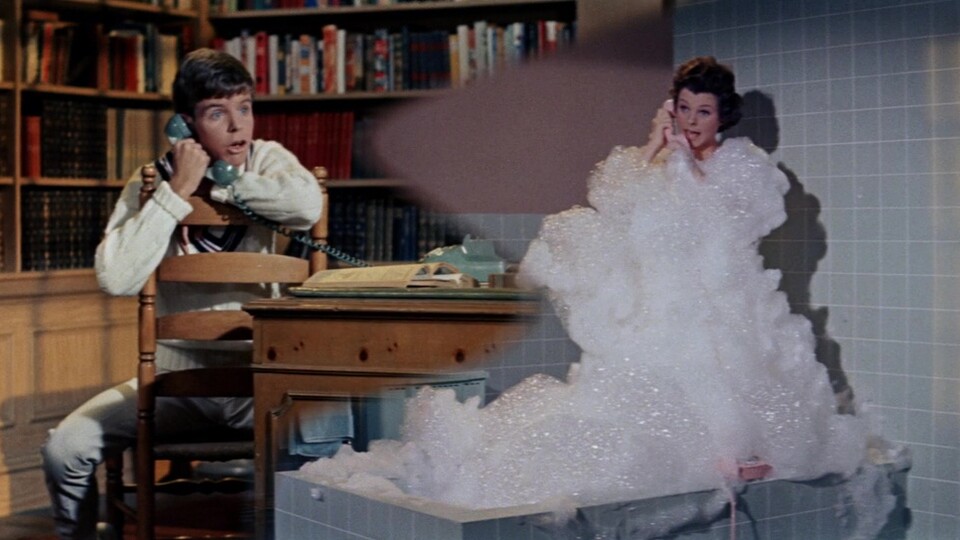 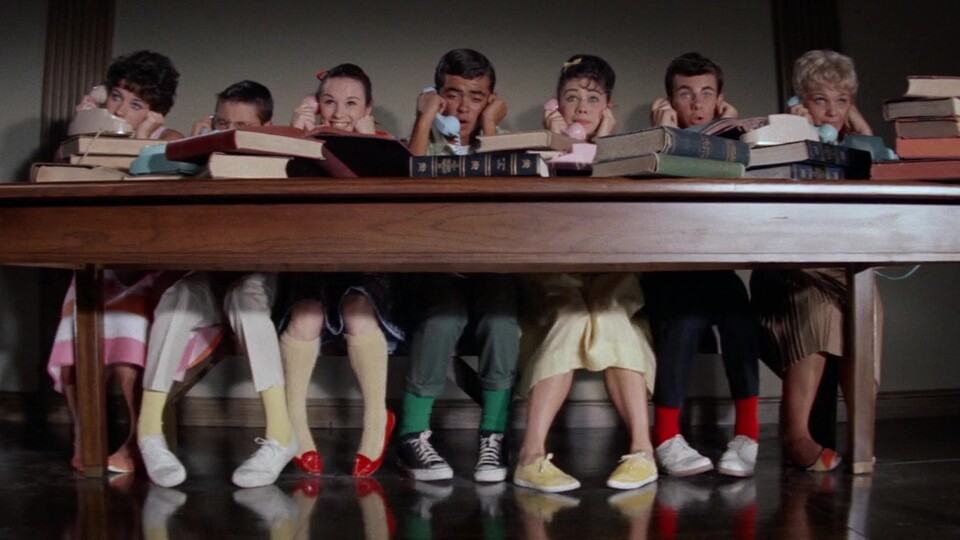 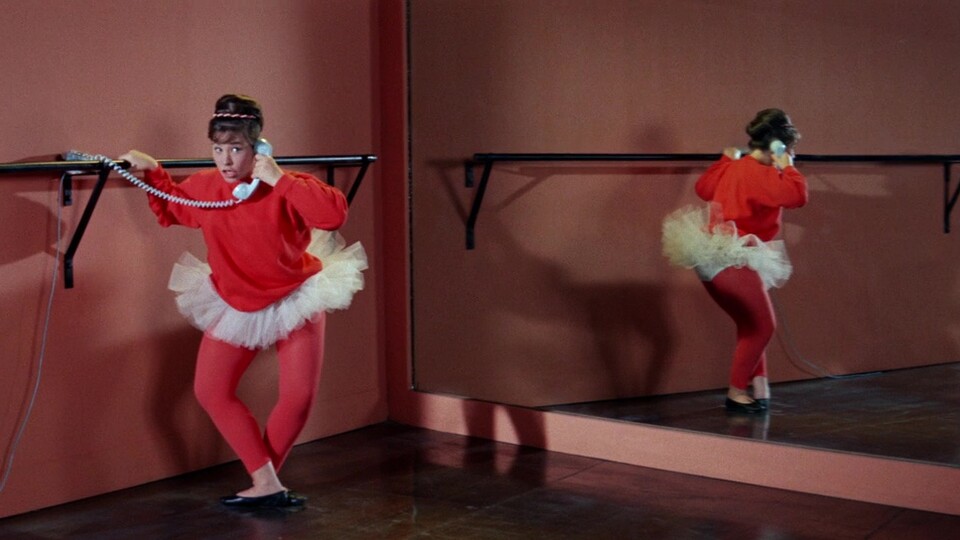 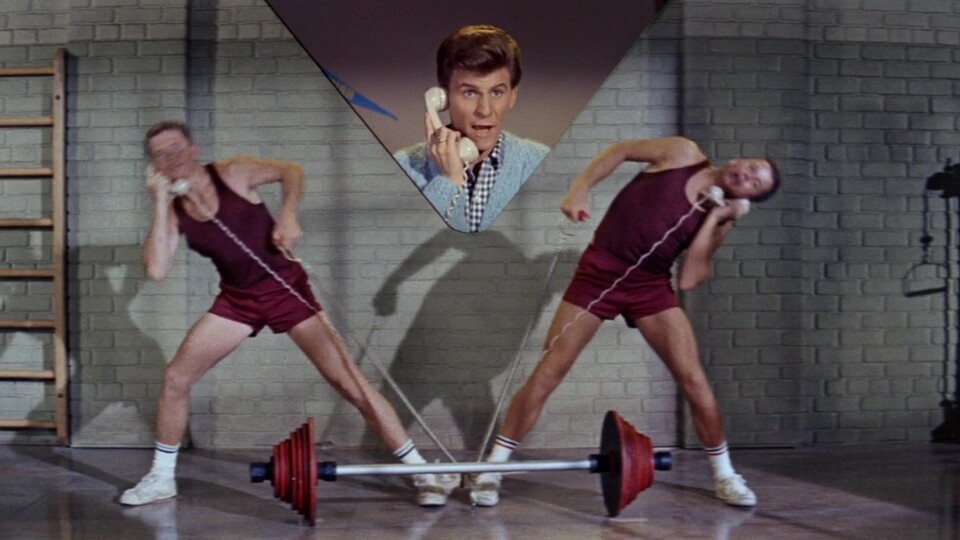 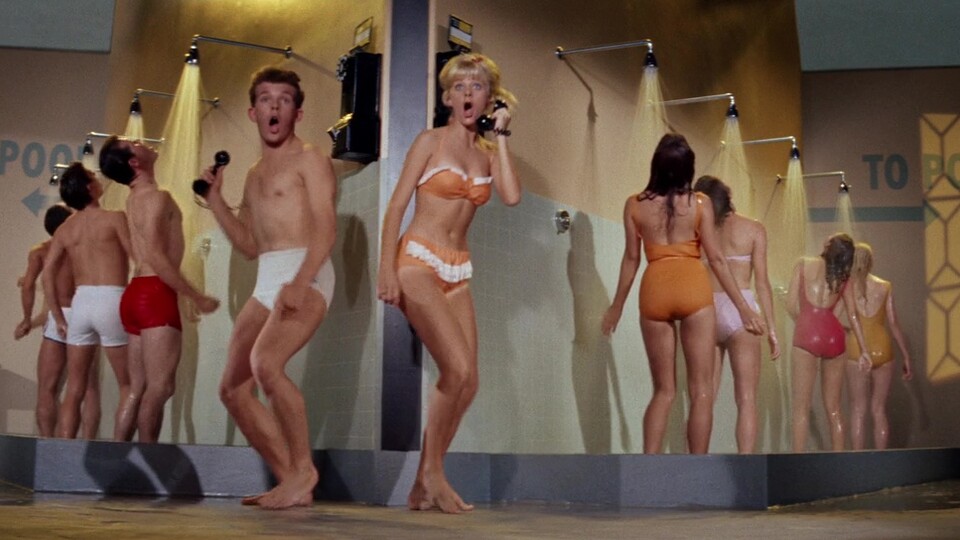 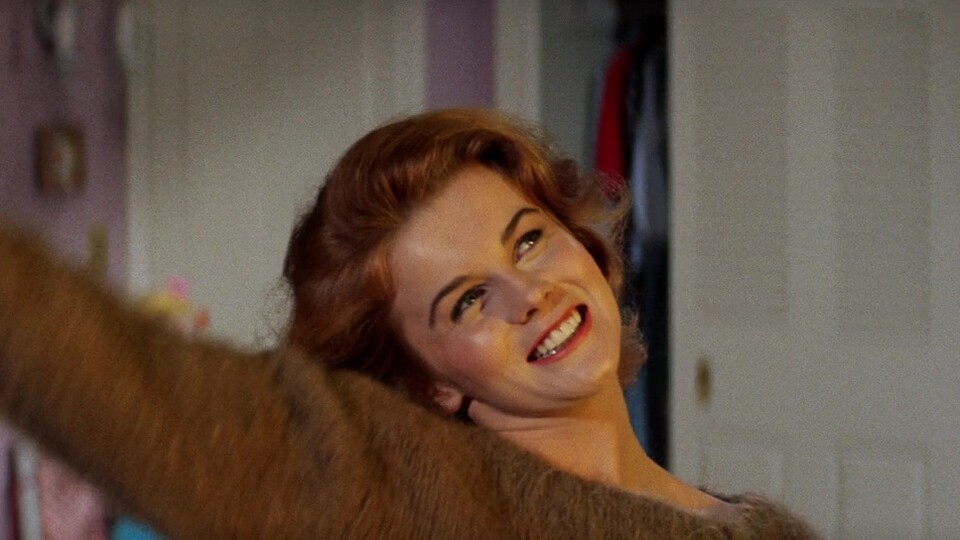 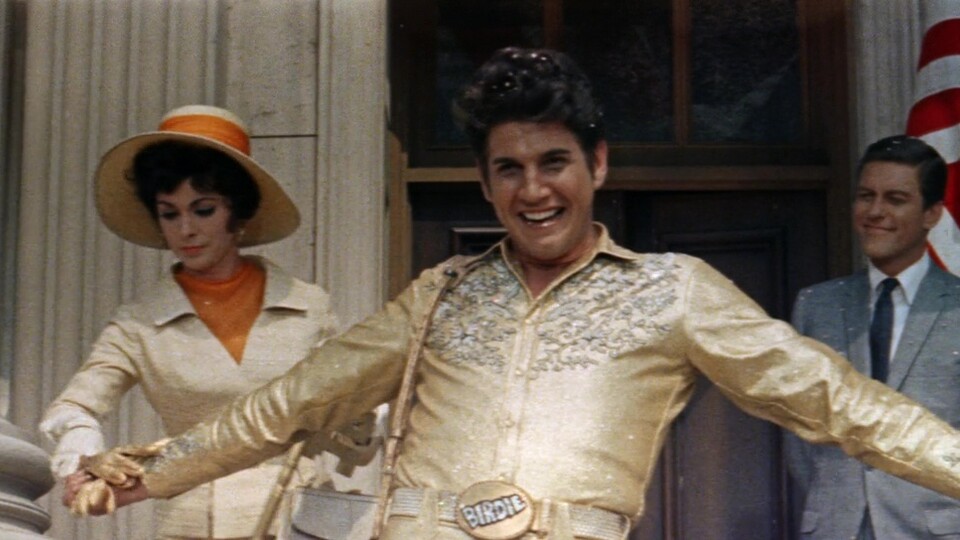 Van Dyke and choreographer Onna White, who contributed jazzy energetic numbers for the stars and the teenagers. But Rivera was not considered good enough for Hollywood and they got Janet Leigh instead. One of the most interesting things about Rivera's character is that she was a Latino woman and her songs, particularly "Spanish Rose", were tailored to her personality. Hollywood had always been odd about Latino women: even Rita Hayworth had to be whitened and Carmen Miranda was made to look ridiculous. With the change in the casting and Leigh being not a dancer, the brittle symbolic architecture of the show was affected.

Some good songs were cut, a pop star was featured, Ed Sullivan actually appeared and the show was a little bit less Broadway and a bit more "now". But what really changed the show's main drive was another casting decision. This time a very successful one. In the original, Susan Watson had been sweet and cute, and her rendition of "How Lovely To Be A Woman" was open-eyed and naive. But they knew what they had when they cast Ann Margret. They knew she was sexy and they knew what this would do to the film. They gave her a new opening number, not really motivated by the plot. It was probably the most important change. In the first season of Mad Men, Don Draper feels the impact of this number and uses it for the TV ad for a drink.

Suddenly, a story about patronizing adults became a youth musical, among the first to directly engage youth audiences in the 1960s. Even with weaker material, something about Bye Bye Birdie carried into the Frankie Avalon and Annette Funicello's "beach blanket" films, which were the main point of reference for Grease. And then all the way for Hairspray and other musicals about young people in the 1960s. The 1950s had slowly built expectations that Broadway musicals might at some point become "mature" entertainment. Leonard Bernstein foretold a great future for that quintessentially American art form.

Bye Bye Birdie was instrumental in driving it in a different direction. Broadway tunes had very few years left as America's favorite kind of music, and for rock and roll, 1960 was only the beginning. A year after the Bye Bye Birdie film the Beatles exploded on the scene and nothing was ever the same. The battle had been lost and soon people were not paying attention to the kind of entertainment Broadway represented. Broadway shows started to become less central, and also less assured. Great shows were still to come, probably the greatest, including Fiddler on the Roof, Cabaret and the Sondheim canon. Bernstein's promised "maturity" did materialize.

Some post-1970s shows were actually a bit too mature for their own good: Follies, A Chorus Line, Chicago, Sunday In the Park With George. What Broadway lost was centrality. Rock had won and the economics meant producing for Broadway became riskier. Bye Bye Birdie survived: it is one of the very few Broadway shows that gets revivals, it's popularity no doubt due to its suitability for school musicals. The pleasures it offers are plenty but are regarded as old-fashioned. Hard to believe this show, in 1960 was "typical" and as typical texts often do, very representative of this particular moment in American music: the moment when they got it wrong. 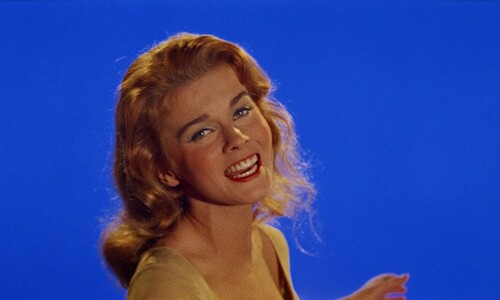